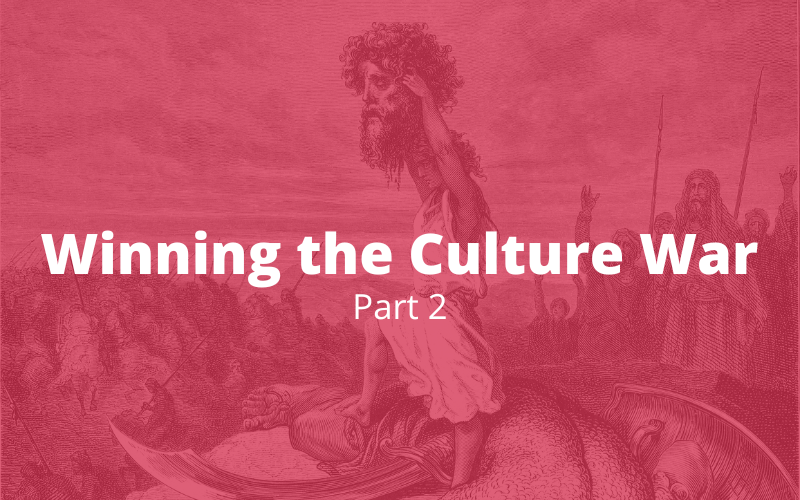 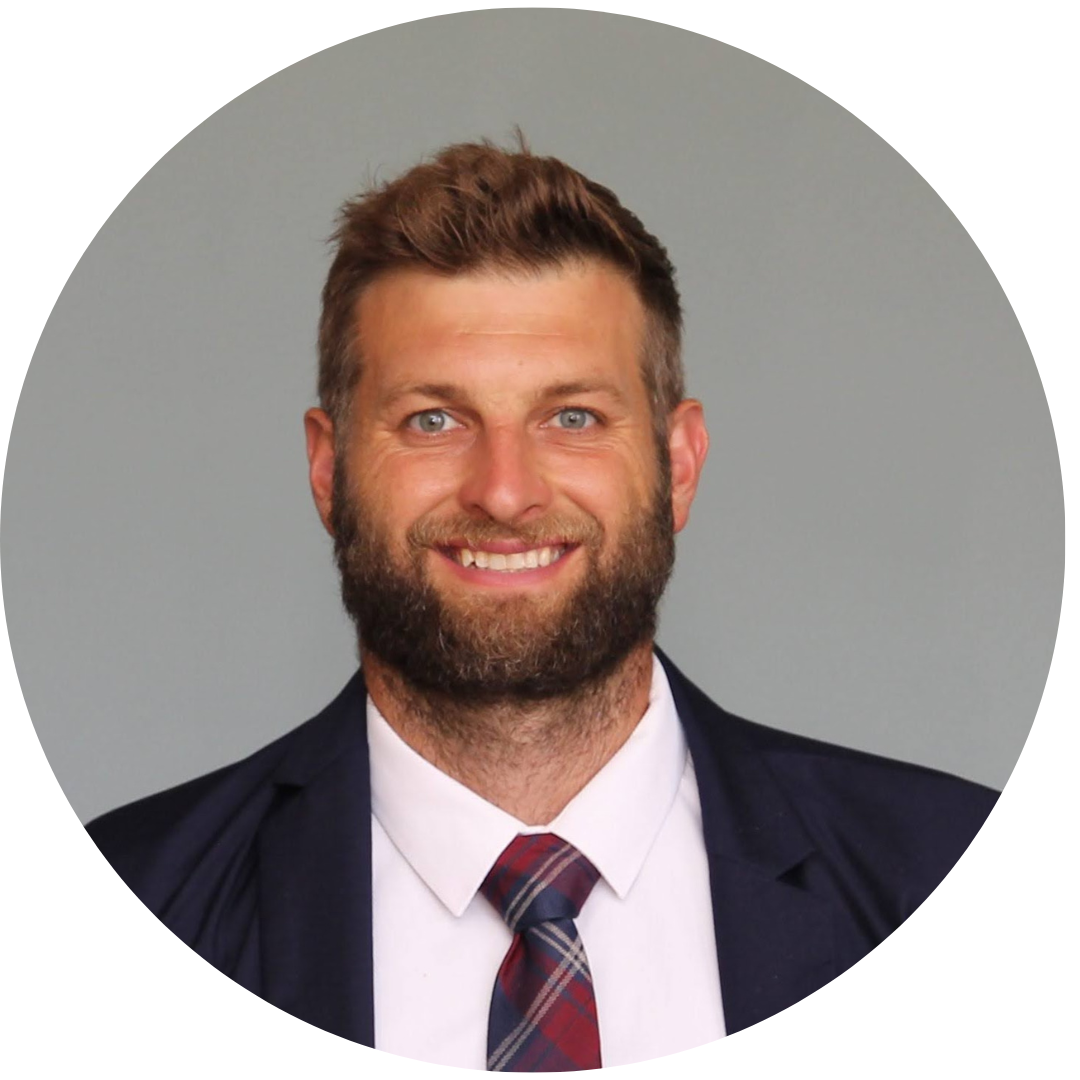 This article is the second and final part of a talk given at Grandparents Day on November 4, 2022. The first part of this talk considers the supply lines for our culture.

Is Coram Deo Academy trying to win the culture war?

Someone recently called me a culture warrior, and I did not really know how to respond to that. Part of me was confused because I do not watch the news, and I am largely disengaged from the public battles in politics. Another part of me rejoices because I am really interested in living out this quote from GK Chesterton:

Our twofold strategy for winning this war:

1) Taking Back the Culture’s Supply Lines, and

This post will address the second part of our strategy. As in the first post, I draw inspiration in varying degrees from a few sources: The Battle for the American Mind by David Goodwin, this talk by former US Secretary of Education Betsy DeVoss, and this post by educator Dr. Christopher Perrin.

Many Christians are fighting the battle for cultural transformation in legislation when they should be looking first to education. Consider Lincoln again,

If you really want to impact culture at any scale, you have to start sooner. Frederick Douglas wrote,

It is easier to build strong children than repair broken men.

Preparing Students for Life after School 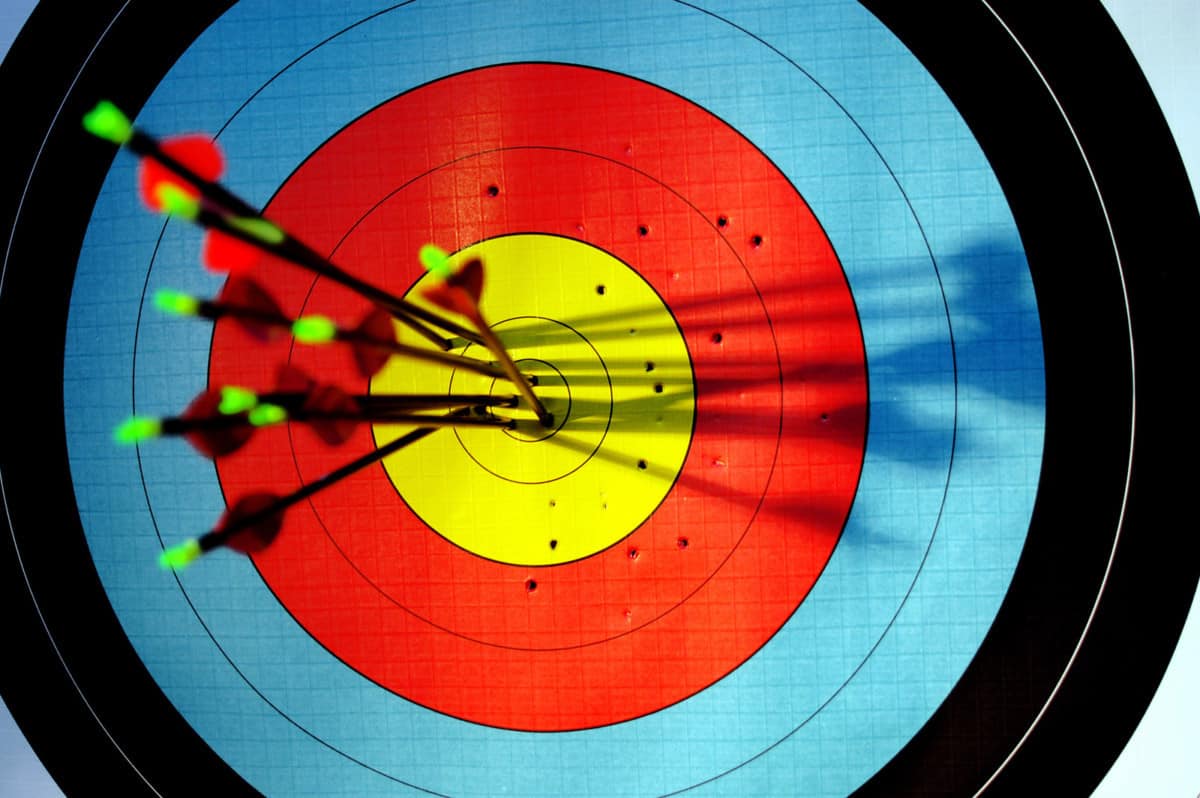 Lincoln saw childhood as a pivotal moment for a child’s character to be formed. Many of the habits that we developed as children under the tutelage of our parents are still with us today. Kids are like arrows, and they need to be directed towards a certain target; the direction of our culture is formed in the early years of a child’s life.

Our strategy for winning the war for the hearts and minds of the next generation at Coram Deo is really simple – we are seeking to create our own culture. We are not trying to shelter them from all of the nasty cultural influences out there in the world, but inoculate them. To inoculate is to expose the students to a strain of the disease so that they can build immunity.

Our students are exposed to that accumulated wisdom of the ages by reading the great books which includes books written by folks without faith. Our students learn to fight the culture war by listening. Yes, you read that right. Our students learn how to fight in the culture war by listening to people that we want them to ultimately disagree with. However, we guide them to coming to those conclusions on their own by partnering with parents and studying the greatest minds throughout human history.

In previous ages, the church was the center of the small town but now it has become the local public school and the Friday night football game. This is not evil, but a football game is not substantive enough to function as a stabilizing foundation for a community– the roots need to go down deeper than fun on a Friday night.

We have allowed religion to become a private and preferential matter in our culture. It is subjective and to be kept out of the public square– your preference for Jesus is similar to your preference for neopolitan ice cream. It is just something that makes you happy. At Coram Deo, we think silent Christian adults are part of why our culture has eroded so quickly. We have been conflict averse and even annoyed by the war metaphor– here’s the reality, you may not be looking for war, but war is looking for your children. 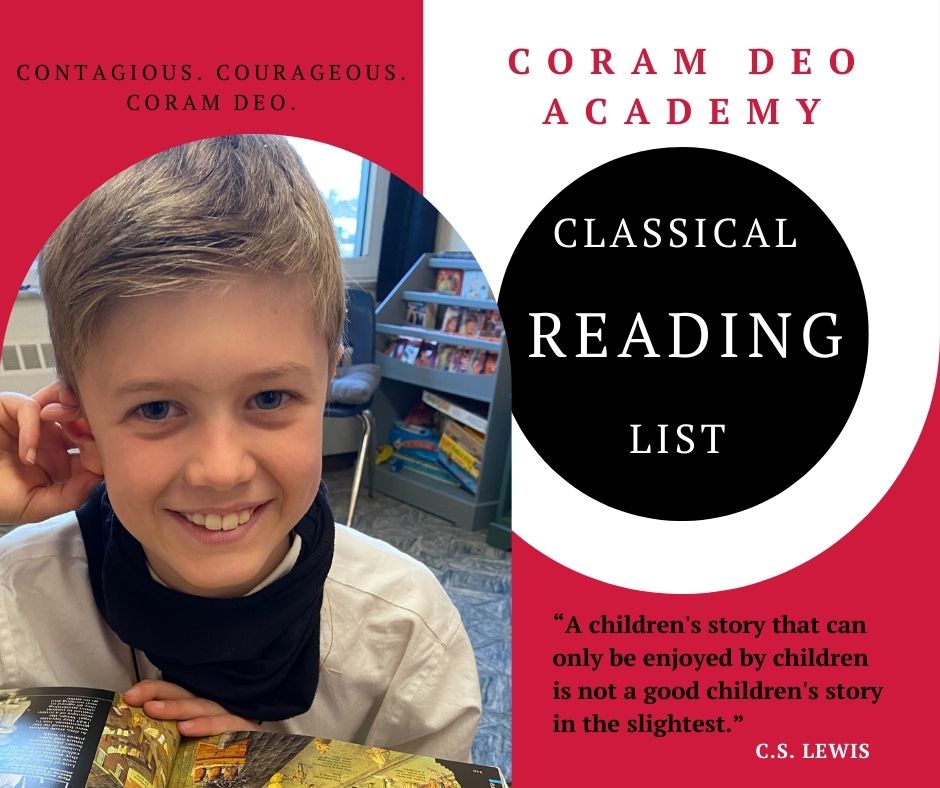 Culture Starts in the Classroom

Today’s manufacturers of cell phones design the device in order to activate dopamine triggers in young users in order to form an addiction. Take note that the only industry that calls their customers “users” are crack-dealers and tech-companies. Some folks think that all technology is a tool for building, but a hammer does not vibrate, interrupt conversations, and hold all of your private information.

In order to win the war for the next generation, we are forming a certain culture in the classroom that we think will impact the government and the culture in one generation. It is not a quick fix solution but you saw some of the ingredients of our strategy today.

Our kindergarten students sing a song about the the Bible that says, “These are the books that we love the best.” We don’t just have them memorize them and recite them robotically, but incorporate rhythm and melody to awaken their hearts and imagination. It has been said,

Let me make the songs of a nation, and I care not who makes its laws.

In 15 years, these sorts of songs will be in their foundation which will provide a supporting structure and order for the decisions that they make. In a survey conducted by Notre Dame, the students most likely to attend religious services and to regularly practice spiritual disciplines were not from homeschooling, college prep schools or public school. They were from classical Christian schools.

I am in my 5th year at Coram Deo Academy and the school is in its 15th year– before that, I had worked in a different private Christian school that was not classical and three different public schools around the city. I also did a homeschooling coop with our oldest before he was at Coram Deo and did my student teaching at IPS– I share this to say that I have sampled each of the different schooling options. I often get asked, “What’s different about classical from the other schooling options?” 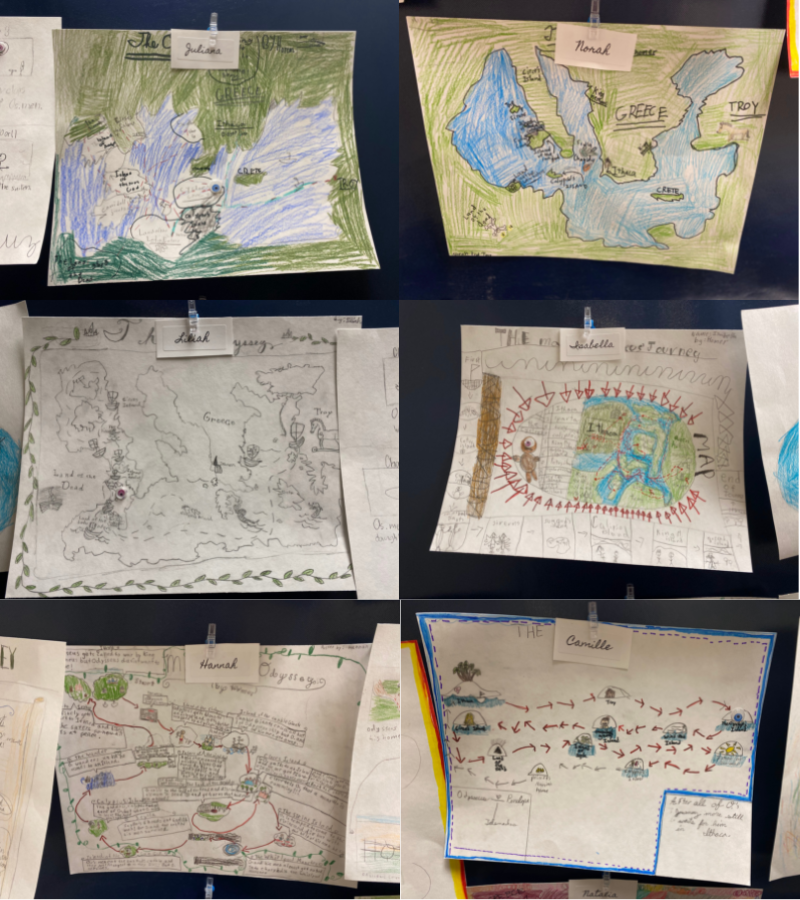 Our 3rd graders made posters to visually retell The Odyssey!

Many educational institutions are Christian in name only– they let the state control the three major supply lines of 1) standardized testing, 2) approved curriculum, and 3) teacher certification. But remember, our goal for winning the war for the hearts and minds of the next generation is through cultivating our own distinctive culture. That’s why we use more demanding testing that challenges our students to reach a higher level and open up more opportunities down the road.

We also embrace a classical curriculum that introduces them to logic, debate, latin, and great books like The Odyssey, Pilgrim’s Progress, and Pride and Prejudice. And we do this with Christ as the cultural center– not a decorative center. Christ is like the hub of a wheel for us in that He holds all truths and knowledge together. He is not a bouquet of fake flowers in the middle of the table where we add a Bible class and a chapel to a state supplied curriculum

In my time at Coram Deo Academy, I have seen classical Christian education become contagious– my first year, we had 75 students in grades K-8 and we were sharing space with a church. We now have 210 students in grades PK-9 and are in an entirely new space where we can expand in both Lower School and Upper School. With all of the new faces the past few years, I have gotten a lot of feedback on what we do– perhaps the most encouraging remark that I have ever heard is Christ really is the center of our school’s culture.

The church has in many ways failed to pass the faith of the parents onto the faith of their children– Billy Graham said that the greatest legacy that one can leave does not consistent in material possessions but in a legacy of character and faith. When we talk about legacy leadership at Coram Deo, we are thinking about leaving this institution better than we found it so that we can leave Indiana better than we found it. Coram Deo Academy is a seed bed of growth and will continue to be so for a long time.

We’re not trying to light a fire at Coram Deo Academy–we’re handing out books of matches to the next generation so that they can spread a passion for Christ and leave culture better than they found it.

Our school exists to assist parents in their duty of biblically training their children by offering academic instruction that is distinctly and consistently Christ-centered and classical. We want to challenge the status quo of what’s possible for the next generation.

This is the second part of Coram Deo Academy’s plan to combat the prevailing culture of our day. See our previous post to read Part 1: Winning the Culture War. If this topic interests you, check out these stories about community leaders that are shaping our world with Christian values in mind: 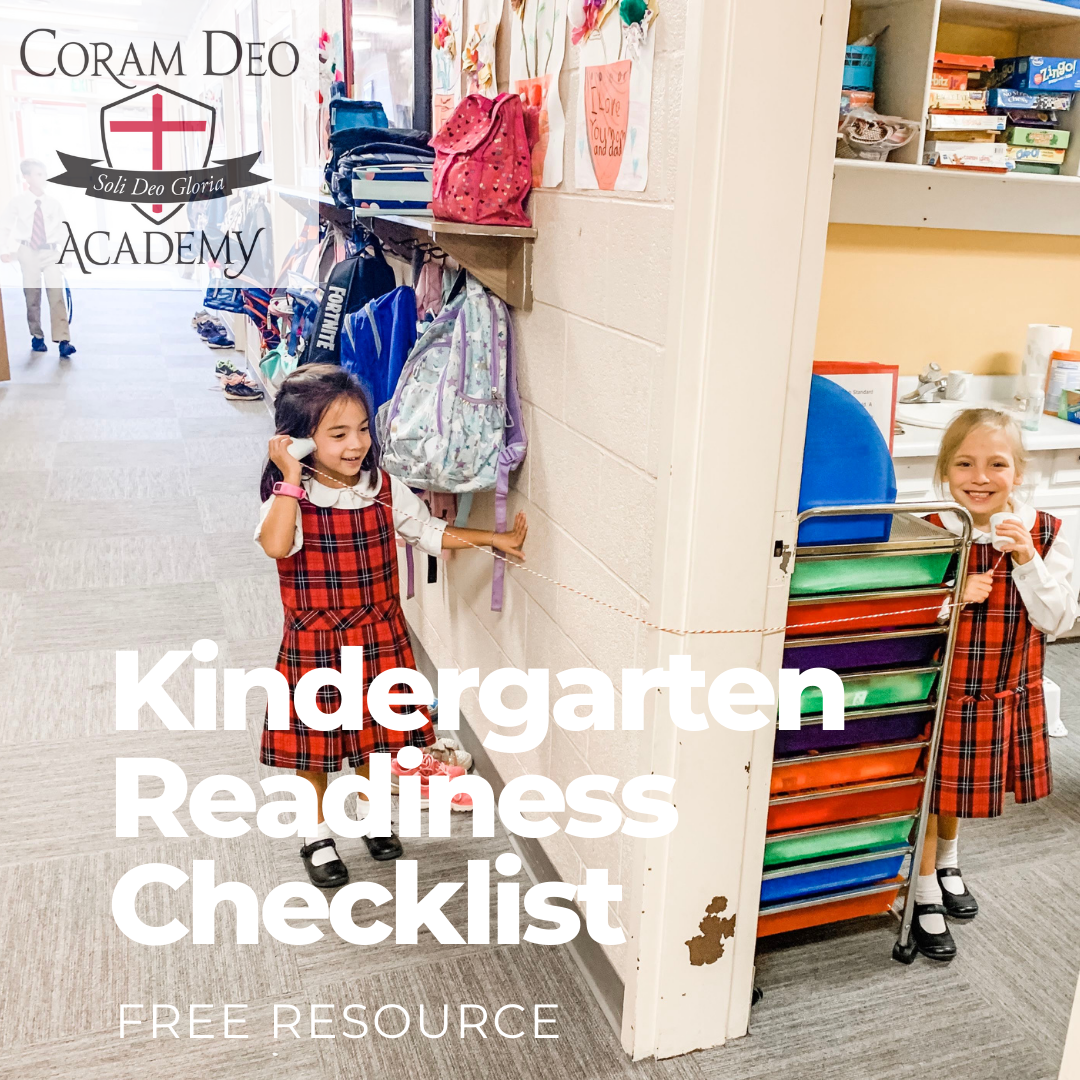