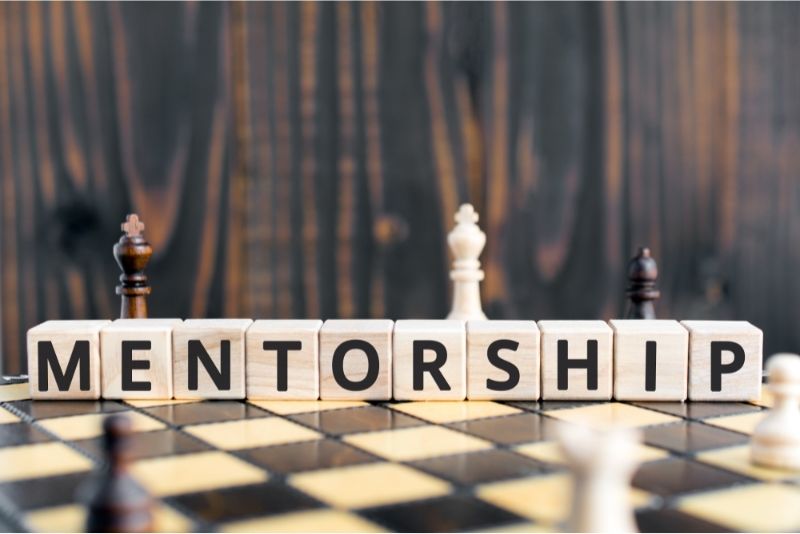 Robert Greenleaf wrote, “If serving is beneath you, then leadership is beyond you.” Scott Eckart is committed to choosing service over self-interest.  At the classical Christian school I serve, we like to say, “Leave it better than you found it,” and that’s exactly what Scott Eckart has committed his life to doing as a financial professional. Like the other servant-leaders in Project Legacy, he is leaving peoples’ entire lives better than he found them.

(In this video Scott answers the question, “Tell me about your greatest achievement as a leader” by narrating his experience leading a volunteer board of financial professionals.)

After more than 20 years as a highly effective financial professional (Scott’s Bio), Scott continues to holistically serve the financial needs of his clients. In our conversation, Scott offered two lovely perspectives on life and leadership: mentoring is the mission and leading is simply carrying the baton.

Leadership Lesson #1: Mentoring Is the Mission 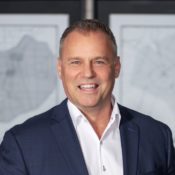 We’ve all met someone who initially appears to be impressive but we later find out that it was just a show. That’s not the case with Scott Eckart; although his suits & shoes are good, his wisdom and kindness are great. The first time I saw him was when he spoke at an event where he struck me as your typical big shot financial professional wearing a nice suit and shiny shoes. But after the event, we spoke briefly and he shared about his love for CRU (a ministry to college students through which he became a believer), his heart for mentoring, and his openness to speaking with me more. I realized that I had judged him wrongly!

During our Project Legacy conversation, Scott shared with me his top four strengths from StrengthsFinder. They were as follows:

On paper, this profile might sound like a hard-driving leader like Elon Musk or Jack Welch. For all of you Enneagram people out there (note my previous Enneagram cautions and benefits), Scott Eckart is a self-proclaimed Type 3 Achiever who excels in personal accomplishments. BUT, the beauty of Scott Eckart’s philosophy on life and leadership is that it’s all about bringing out the achievements, accomplishments, and accolades for others. This is a paradigm shift that all leaders must go through to truly become servant-leaders. His thinking is consistent with the quote,

“If serving is beneath you, then leadership is beyond you.”

He has a great track record of leveraging his strengths in mentoring: all of his maximizing, achieving, activating and self assurance have turned into mentoring as the mission. 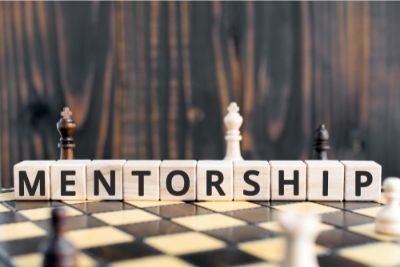 “One of my business partners once asked me why I spent so much time mentoring younger financial advisors. I quickly pointed out two truths: (1) they are the future of this profession, and (2) it makes me a better financial advisor.”

There is ample evidence in his career that he puts service and stewardship over self interest. I’ll name just two.

First, it was difficult to do the Project Legacy interview with Scott because he kept asking me about my life and my story. He really is interested in other peoples’ stories and figuring out what makes them tick. Second, he has a knack for hearing peoples’ stories and charting a pathway for unlocking their full potential. He said,

“I like to take disparate things and bring them together in a unified whole.”

I know he has this knack primarily by looking at the Discovery Survey that he uses with his clients. As a financial professional, Scott views his clients holistically, so that he can help them design a financial future consistent with their values and vision. I pride myself as a synthesizer, so I can quickly recognize this wiring in others—Scott definitely has the ability to wisely pull from a number of diverse sources and create a unified whole. The beauty is that he uses this skill to mentor younger financial professionals as well as other entrepreneurs.

When I asked Scott what he would put on a billboard on 465 for others to read, he said,

Scott shared that he has grown tremendously over the past few decades all because of the belief one University of Missouri CRU staff person had in him.  He shared,

“This man invited me to a Bible study and really came alongside me in my growth as a young man. He saw something in me that I didn’t see in myself.”

Scott is simply giving back what was given to him— mentoring is the mission. 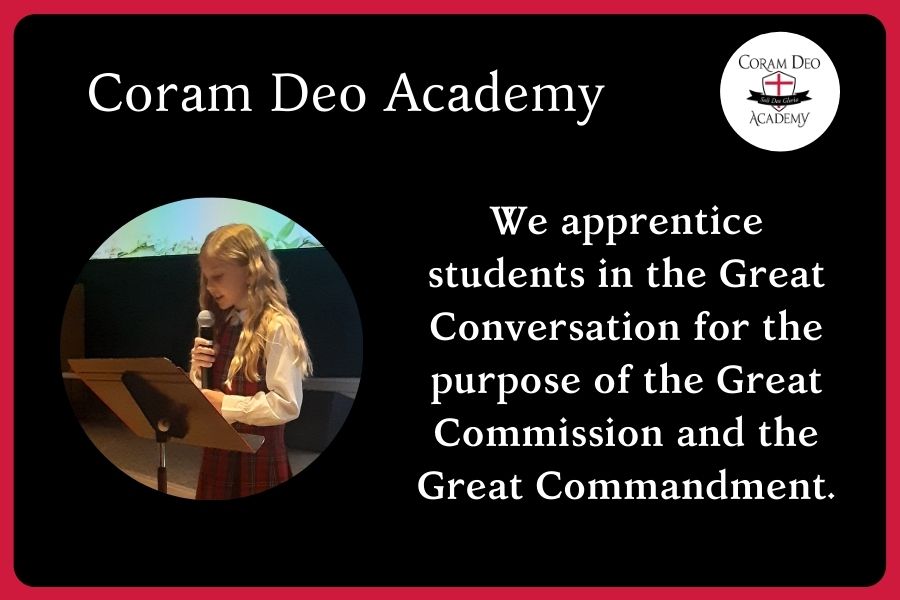 “Leading is simply carrying the baton. When I was president of the Board of MassMutual, my mantra was, ‘Don’t drop the baton.’ My goal was to not drop the baton because it is one of the longest relay races ever.”

Scott shares about this transformative experience in his video, but it is worth highlighting how unique Scott’s perspective is here. In a society obsessed with observable progress, Scott is prioritizing the permanent things that last long past our lifetimes.

I long to see more leaders reject the ‘dream big’ and ‘change the world’ type language and instead see their leadership as leaving the group better than they found it. When Scott’s predecessors handed him the baton, they didn’t want to see him change the direction or destroy all that they had built but instead graciously build upon the work that they had done. Scott’s description reminded me of the Romero Prayer which says,

“We may never see the end results, but that is the difference between the master builder and the worker. We are workers, not master builders; ministers, not messiahs. We are prophets of a future that is not our own. Amen.” 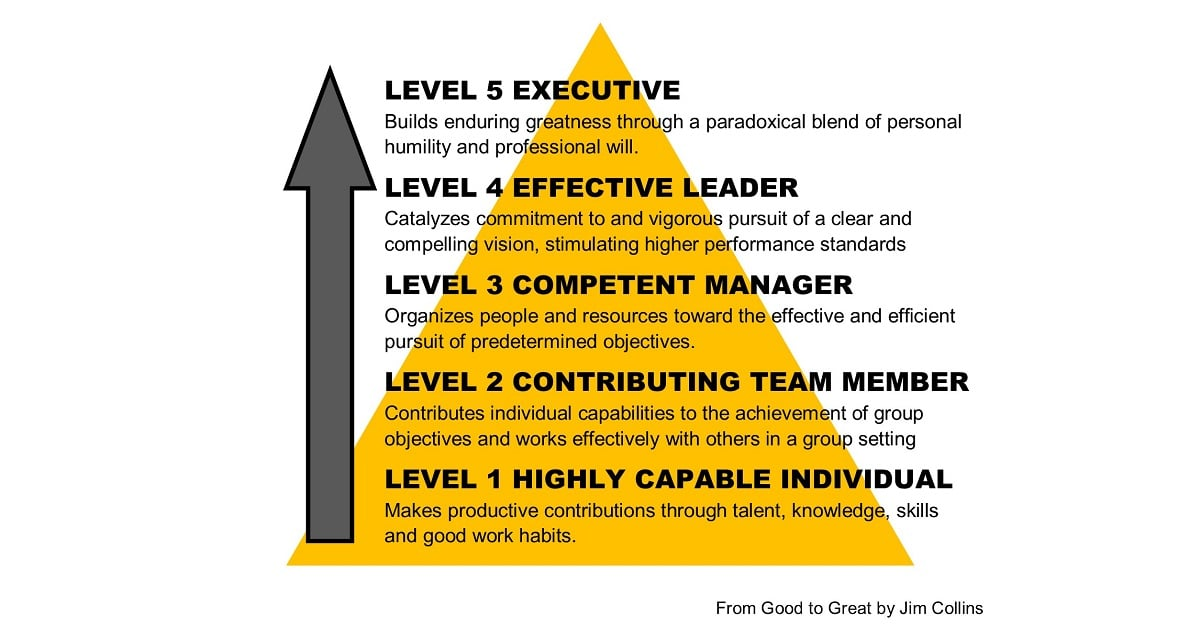 Jim Collins in his book Good to Great calls this Level 5 Leadership where the the leader reaches the pinnacle.  The irony though is that the pinnacle of leadership is setting up your successors for success.  As shown in the graphic, the Level 4 leader can develop others and rally them but they lack the character to leave a legacy that outlasts their leadership tenure.  Level 4 leaders still secretly suffer from Scott calls Miserable Self Interest: a fixation with your own preferences and priorities rather than those of the entire group.

I love this vision that results, relationships, and righteousness matter. Wisdom is synthesizing each of the lenses for viewing the world into a series of excellent decisions and an overall presence before God and others.

Some people view the world through the impact on their relationships; this cannot be right because we are accountable to particular results. Others view the world through purely a pragmatic lens fixated on particular results; this by itself is inadequate because it instrumentalizes people for the purpose of particular outcomes. Lastly, some people view life through only a righteousness (character) lens that focuses only on an individual’s abstention from wrong; this too is insufficient because our lives are lived in community and we should have competencies that complement our character and produce meaningful fruit.

Thus, wisdom is synthesizing a righteous character in a web of meaningful relationships to produce meaningful results that make a real difference. May God continue to bless Scott with wisdom as he runs his race with endurance.