While formal schooling may only last until age 18, education is an ongoing process that never ends. In the winter of 2019, I launched Project Legacy where I started interviewing leaders who I thought were skillful in their work and were committed to lifelong growth and development.

As a new head of school at a classical Christian school, I wanted to study the lives of other leaders in the marketplace or ministry and see if there was practical wisdom for classical Christian school leadership. After two years and 19 interviews, the eight quotes below represent the highlights from studying local leaders over the past two years.

(If you read until the end, you’ll see the age that you need to reach in order to be considered an educated person— at least according to one man’s perspective.)

Steve Clark is an accomplished local real estate agent who loves the Lord, serving his clients with second mile service, and engaging in constant study and reflection.  Steve has been through a lot to get where he is at today in life. His perspective on trials, setbacks, and struggle is incredibly helpful to anyone trying to be skillful in their work. He highlights that God uses every single part of our story, even the setbacks. The caption that Steve puts on the bottom of his story is this:

“God does not allow for waste.”

David Michael is the passionate leader of Truth 78 ministries— an organization committed to kids coming to know and follow Jesus Christ. David’s biggest impact on me has been his challenge for kids to bless their children every night before bed (a beautiful practice that has become part of our home). David challenges parents to bless (not oppress or repress) their children,  David highlighted two errors that parents fall into when raising children,

“The natural tendency will be to passively ignore the needs of children (repress) or to aggressively address them with sharp and cutting words (oppress).”

Tony VanHoozer is a Coram Deo grandparent that thrives on the hustle. He is either reading, exercising, connecting people, or building a massive treehouse for his grandkids. In my conversation with Tony, I realized how God wires people differently to carry out different functions in the world. Tony’s quote illustrated this reality:

“A leader paints the vision and also tries to stay current based upon changes. Overall, their job is to be consistent with the mission and help others to do the same. A manager makes sure that everything is in its place and nobody is leaving before 5 o’clock. A manager is an overseer. A leader has to inspire.”

Greg Enas is the only person I know that reads more than I do. He is a lover of truth and serving the city of Indianapolis for the glory of God.  He teaches a political discipleship class at Redemeer Presbyterian in Indianapolis where he starts by asking, “What are the five most important cities in the history of the world?” He is both a critical and creative thinker and is the type of guy that prays through the newspaper each morning.  In our conversation, he highlighted the nature of truth:

“Distinguishing between truths and half-truths will be one of the critical skills needed to succeed in our media-flooded future.” 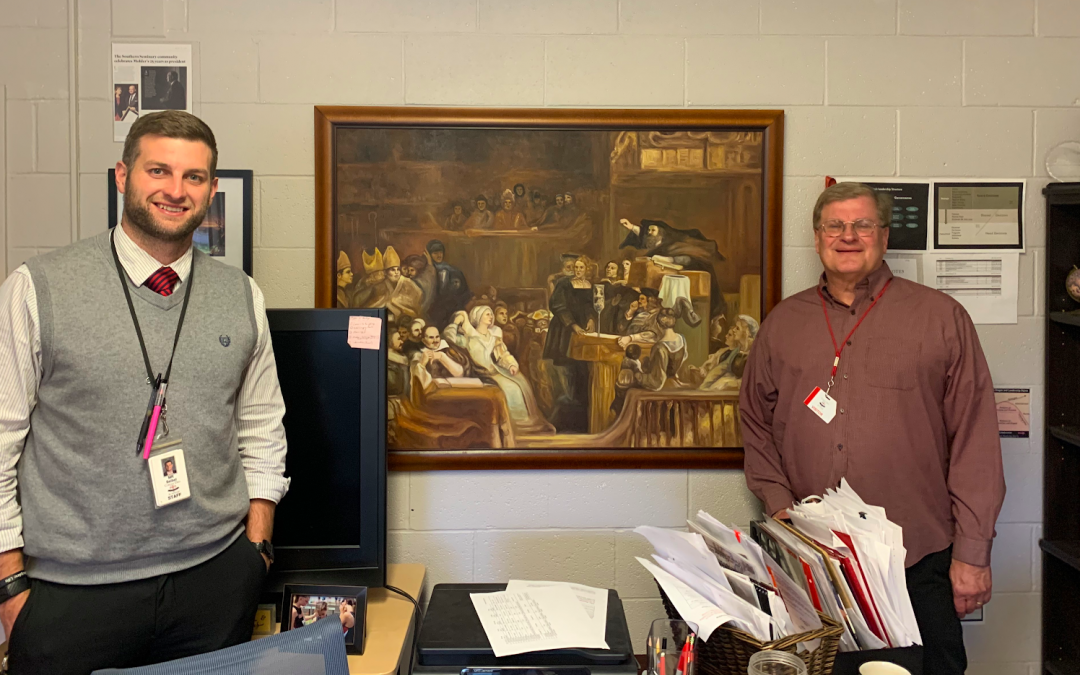 Jim Brandyberry is a longtime church history professor that is known for his good stories and tremendous kindness to his students. When we met, he highlighted the need for young people to spend more time getting advice from their predecessors than their peers. He actually referenced this quote from CS Lewis on prioritizing the permanent and time-tested truths over and against progressive fads in culture:

“It is a good rule, after reading a new book, never to allow yourself another new one till you have read an old one in between. If that is too much for you, you should at least read one old one to every three new ones.”

David Bell is the leader of a Circle City Fellows where he invests in younger leaders for the flourishing of Indianapolis. David is a huge believer in healthy relationships to bring about human flourishing which is evident in this quote—

“Find common ground to do common good. We need to build bridges of grace that can handle the weight of truth.”

Jake Stamper  is Senior VP at Sextons Creek where he helps organizations hone their communication to reach their big picture goals.  The way that Jake interprets his childhood and its impact on him today is inspiring. He highlights the need to do more than consume and where he learned that truth.  He said,

“I had a very important role in my family at age 11. If I didn’t get things done, my whole family suffered. This period of poverty taught me how to apply knowledge and to produce.”

Mayor James Brainard is the longtime mayor of Carmel, Indiana. He has put Carmel on the map through his commitment to educating himself. He said,

“Right after my election in 1996, I was driving through Carmel with a friend of mine. He asked what type of pipe was lying next to the road at a construction site. I had no idea what type of pipe it was. My friend quickly noted that I had better know if I was going to be the Mayor of Carmel. At that point, I sent letters in the mail (this was before email) to the top ten City Planning Schools in the country requesting their syllabi. Ball State, Harvard, and many others responded with their syllabi. At that point, I knew what books I needed to read, and that’s exactly what I did. I spent the next seven months reading more than one hundred books on city planning. Not only did I learn what type of pipe was at the construction site, I learned that most cities after WWII were constructed for cars, not people. It was at that point I developed a strategy for building the Carmel you see today.”

As each of the individuals show, a commitment to lifelong learning and education is an important component of leaving a legacy that lasts. This reminds me of a quote from Mortimer Adler that shows the importance of an education to focus on what’s permanent,

“Becoming a generally educated person is a lifelong process. It is an unending pursuit of learning, concluded by death but never finished or terminated by death. In my judgement, sixty is the age at which one can begin to become generally educated, on condition, of course, that the process has been continuing after all schooling has been finished.”