This post is the ninth in Project Legacy, a series of interviews that aim to learn from leaders outside education to influence those inside education. You can read some of the previous contributions from Jake Stamper (Business), Jeff Worrell (Politics), Steve Poe (Ministry), and Tony Van Hoozer (Business) on our blog.

Mayor Brainard’s 20+ years of leadership in Carmel have yielded undeniable results. As he states, “Carmel has been one of the fastest-growing communities in the nation during the last decade. We take pride in the fact that we have stayed ahead of that growth. Carmel was listed as the #1 Place to Live in America by Money magazine because of our high quality of life. Our focus on strong fiscal management has yielded exceptional credit ratings, attracted top companies to Carmel, and kept our residential tax payments some of the lowest in the state – all while providing a variety of amenities unmatched in the Midwest.”

Not only has Mayor Brainard grown the city from a population of 25,000 to over 100,000, but he has also won the war for talent by attracting exceptional companies to set up shop in Carmel. We sat down in March 2020 to see what lessons education could learn from one of the most successful mayors in the United States.

Those who are investing in the next generation must be willing to confront their areas of weakness and ignorance directly.

Those who are investing in the next generation must be willing to confront their areas of weakness and ignorance directly.

Mayor Brainard holds a B.A. from Butler in History with a focused interest in Speech Communications/Rhetoric, as well as a degree from Ohio Northern’s law school. However, his greatest achievement is teaching himself to craft a vision for Carmel and making that vision a reality. When asked how his background in law and history led to a career in politics, he shared a compelling story:

“Right after my election in 1996, I was driving through Carmel with a friend of mine. He asked what type of pipe was lying next to the road at a construction site. I had no idea what type of pipe it was. My friend quickly noted that I had better know if I was going to be the Mayor of Carmel. At that point, I sent letters in the mail (this was before email) to the top ten City Planning Schools in the country requesting their syllabi. Ball State, Harvard, and many others responded with their syllabi. At that point, I knew what books I needed to read, and that’s exactly what I did. I spent the next seven months reading more than one hundred books on city planning. Not only did I learn what type of pipe was at the construction site, I learned that most cities after WWII were constructed for cars, not people. It was at that point I developed a strategy for building the Carmel you see today.”

Mayor Brainard may be the only person I know who has read one hundred books in less than a year. He identified a gap in his knowledge, and he did everything in his power to fill it. No wonder he travels around the world lecturing on city planning and political leadership. He has a knack for getting folks to think beyond their boundaries and for bringing people together around a big vision for the future.

Parents and educators must be worthy of imitation in how they approach learning. In 1996, Mayor Brainard demonstrated a willingness to grow, and an entire city has benefited. By overcoming his limitations, he was able to aid Carmel in overcoming her own limitations. Those who are investing in the next generation must be willing to confront their areas of weakness and ignorance directly, as Jim Brainard did. Not only must they confront the gaps, but they must also do the difficult work of filling in those gaps with knowledge and skills. A failure to implement the necessary changes will not benefit the next generation.

Excellence does not happen by chance, accident, or good fortune.

Excellence does not happen by chance, accident, or good fortune.

Mediocre people let life happen to them. They believe that fate determines their destiny. However, those who achieve great results do everything they can to take fate into their own hands. Excellence does not happen by chance, accident, or good fortune. Instead, it happens by design.

Mayor Brainard developed a strategy to build a great city and stuck with it. The word “design” came up over and over in our conversation. Jim mentioned that most cities after World War II were designed for cars, but Carmel was designed for people. Consider the square outside the Center for the Performing Arts. The various types of architecture, the humane statues on Main Street in the Arts and Design District, and the Monon Trail are all designed to bring people together. Similarly, the Monon Community Center, the many parks, and the green space are all designed to make Carmel a place where people want to stay.

Educators and parents can learn a great deal from Mayor Brainard on the topic of design. While the Mayor has used architecture, finances, and city planning to design a particular experience within the community, parents and educators aim to design atmospheres and activities that cultivate meaningful learning. Educators and parents, first of all, must have a vision for the type of students that they are seeking to cultivate. If our only vision is success in career and college readiness, we will design instruction, activities, and assessments that fall short of developing the whole person. On the other hand, if we have a more holistic portrait of the high school graduate, we will take note of how character formation is essential to the educational enterprise. After all, it is possible to get A’s in school but fail in life. We must design our learning experiences with the next generation so that succeeding in school but failing in life is not an option.

Lesson #3: Stick to What Works

As a History Major at Butler, Jim Brainard has familiarized himself with the classics that were influential in forming Western Civilization. He says, “Stick to the classics. They have stood the test of time. Don’t be too quick to change what works.”

After speaking with the Mayor, it is clear that he is fluent in what educational philosopher Mortimer Adler called the Great Conversation, the “ongoing process of writers and thinkers referencing, building on, and refining the work of their predecessors.” Brainard stands on the shoulders of those giants who have gone before him. Names like Franklin, Jefferson, DaVinci, Shakespeare, Dante, Aurelius, and many others are commonplace for him. Brainard’s educational background was well-rounded and had an appreciation for beauty, and the city of Carmel shows that.

For educators today, we must reject the crass utilitarianism that has become pervasive in our modern educational system. Today, we believe something is only meaningful if it can be quantifiably measured and assessed. But not everything that can be measured counts, and not all that counts can be measured. We must find ways to inject beauty, wonder, and joy into our curriculum through the fine arts and the classics. These great works of literature, history, mathematics, and art have nourished the souls of millions of people for thousands of years, but the modern educational agenda has spit them out as irrelevant and impractical. A return to these formative sources of truth, goodness, and beauty is one of the first steps educators can take towards meaningful progress for our culture.

Educators today must develop a connection not only with what is taught but who is taught.

Educators today must develop a connection not only with what is taught but who is taught.

Because Mayor Brainard has spent a great deal of his life studying books and interpreting data, he has developed the ability to use clear and concise communication. He frequently takes advantage of the power of story to capture the heart of the people that he leads. “You have to be able to connect with folks,” he says. “If you don’t, you will not be successful.” Brainard is not a stuffy academic. Rather, he is a down-to-earth source of wisdom for the people of Carmel. Educators today, in like manner, must develop a connection not only with what is taught but who is taught.

Mayor Jim Brainard is Carmel’s first six-term mayor. During his terms in office, Carmel has grown in population from 25,000 to almost 100,000. Parkland, greenspace, and trails have increased. He has helped in the creation of a vibrant, thriving walkable city where companies want to locate, where employees want to live and where families want to raise their children. Mayor Brainard is frequently asked to speak around the world. 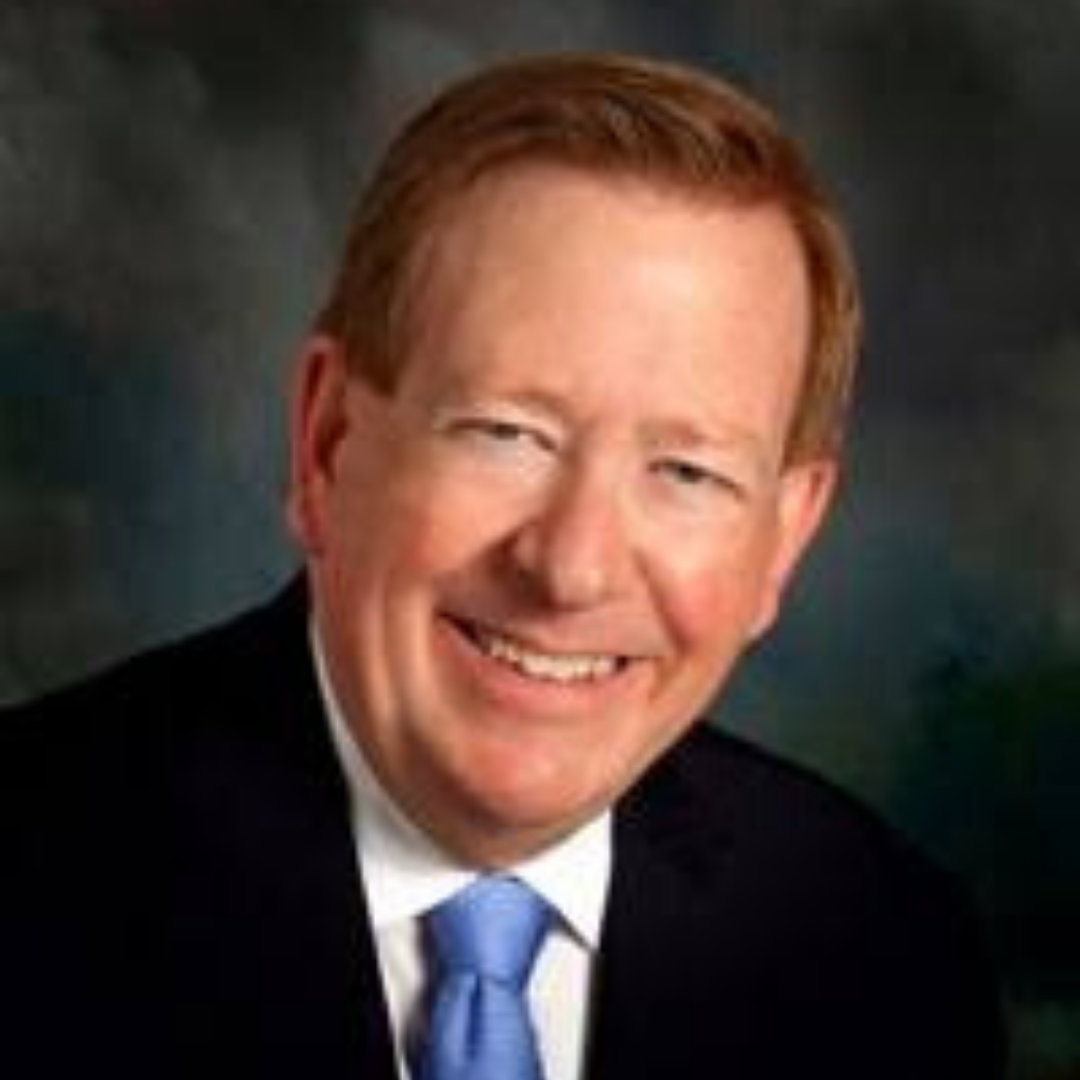 Mayor Jim Brainard is Carmel’s first six-term mayor. During his terms in office, Carmel has grown in population from 25,000 to almost 100,000. Parkland, greenspace, and trails have increased. He has helped in the creation of a vibrant, thriving walkable city where companies want to locate, where employees want to live and where families want to raise their children. Mayor Brainard is frequently asked to speak around the world.

As Head of School at Coram Deo Academy, Dave Seibel aims to cultivate a generation of scholar-disciples who are passionate about learning. He is husband to Brooke and father of three future Coram Deo students. He is a graduate of Wabash College, Marian University and in final Master of Divinity course at Southern Seminary.

As Head of School at Coram Deo Academy, Dave Seibel aims to cultivate a generation of scholar-disciples who are passionate about learning. He is husband to Brooke and father of three future Coram Deo students. He is a graduate of Wabash College, Marian University and in final Master of Divinity course at Southern Seminary.