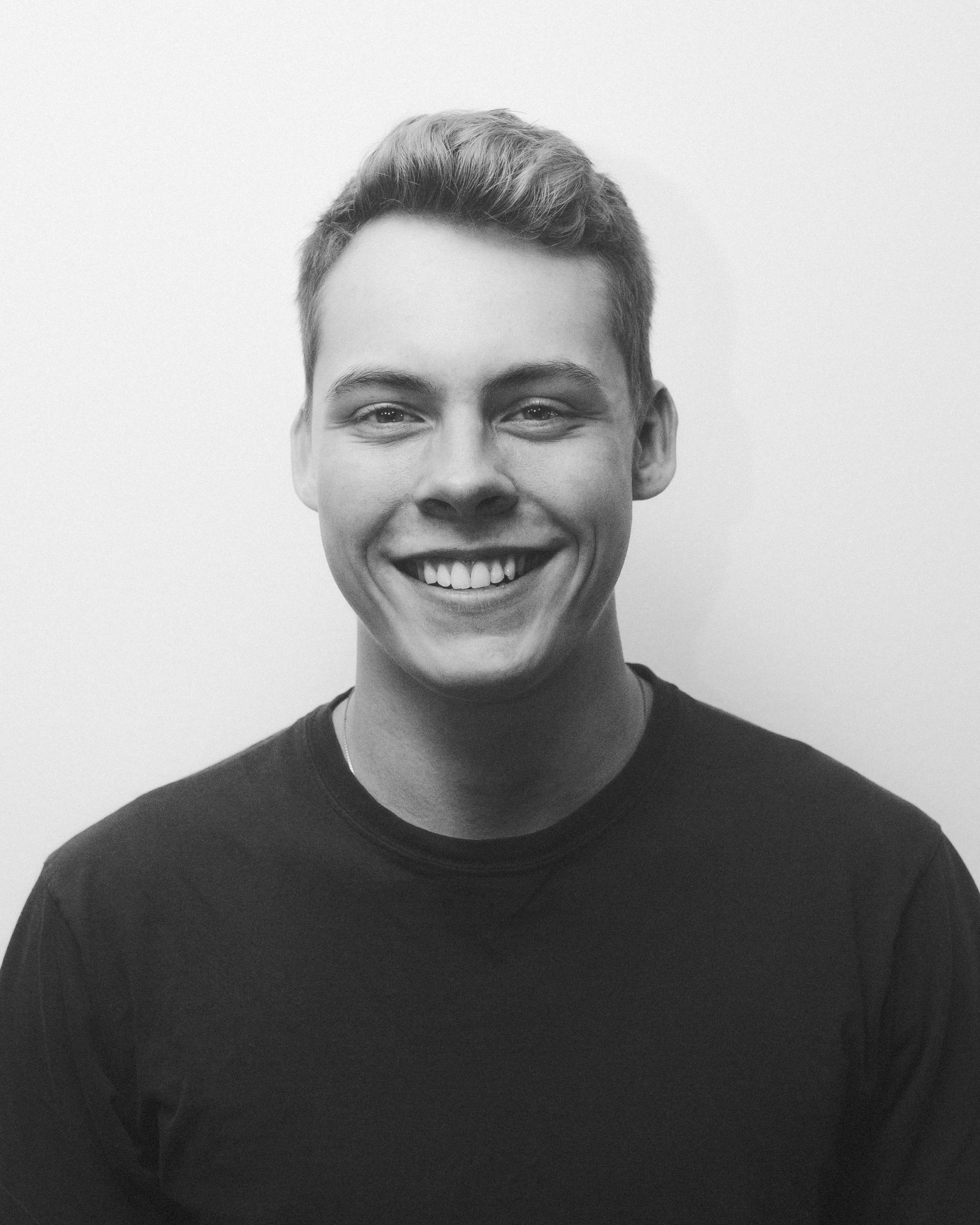 Profile of the Student

Where are you now? Tell us about your career and family.

I attend Columbia College Chicago and live on campus in the South Loop downtown. Along with my major in Advertising, with a focus in Creative Art Direction, I tacked on two minors in Social Media Digital Strategy and Fiction Writing.

Since graduating from Coram Deo Academy, my career has moved in two directions. First is my side hobby with fashion photography. Over the past few years, I have landed several images and interviews in publications such as Buzzfeed, Sophisticated Living, and IndyStar. In the summer of 2018, I had the opportunity to fly out-of-state to shoot images for a magazine. The second direction is branding. I currently work for ColorJar, a small boutique branding firm in Chicago.

My family has been incredibly supportive during the formative times of choosing what to study in school. Having kids who gravitate toward art-related fields and who seek a career in an entertainment-centric industry can be a little intimidating for parents, especially in Christian circles. But my family has been instrumental in reframing the stigma behind young people with a Christian worldview going into entertainment. They’re never afraid to dive into the tricky conversations and to continue to motivate me to use my God-given gifts constructively. So, thanks Mom & Dad — the world needs more parents doing what you’re doing.

When did you realize, “Wow, my education really did influence my entire life!”?

Though it’s an everyday thing, it really clicked when I was hired at Hamilton County Tourism. The writing skills and critical thinking methods I’d learned in school were highly applicable to the workplace. That’s when I realized that good education doesn’t just pump you full of information. It develops you as a creative, problem-solving asset. Dates and facts might make you a more educated human being, but the ability to comfortably grapple with big-picture ideas is what makes you prepared for higher education and invaluable in the workplace.

Work and education are two of the biggest gifts given to us. If you have access to both, you’re already miles ahead. The sooner one looks at those two things as a luxury and a privilege, the better. When I began to tailor-fit my education to enhance the skills I most needed in the workplace, that’s when I fully unlocked the joy of education. When you wake up and think, “I get to go to work, I get to go to school,” you know you’re in the right headspace for success.

“The world has done an excellent job in propagating the idea that the Christian worldview doesn’t belong in academic spheres. I reject this idea.”

What did Coram Deo Academy teach you? What’s the big takeaway?

This might not be an expected answer, but Coram Deo Academy taught me how to play devil’s advocate. I was surprised when some teachers would argue for sides I knew for sure they didn’t actually stand for. I realized that this form of constructive argument and problem-solving was essential.

If you live in an echo chamber, you’ll never be prepared for defending your beliefs in the real world. Our mission isn’t solely to share our beliefs with those who already agree. It’s our mission to go into the world and share the truth, to provide reason for why we stand by what we stand by. Echo chambers might be reinforcing, but they fail to prepare us for what we face outside a “churched” setting. I’m thankful I had teachers who brought this strategy into the classroom. Without this truth, I would’ve been massively unprepared for my later years.

What stands out about the relationships you developed at Coram Deo? Do you still have connections at the school?

The school has matured a lot. Most of the people I knew from my days back with CDA have graduated or been called to other places. In fact, my brother Alex is the longest-attending student currently at the school. What most encouraged me was when people from CDA reached out to me after graduation. Interestingly enough, the people who engaged in these conversations were not people I expected to do so. It wasn’t even those individuals I’d known the longest. To me, this was further confirmation that God has a plan for who He’s going to bring into your life later on, even if that plan doesn’t shape out how you thought it would.

How does classical Christian education help you feel prepared to be a scholar and disciple?

Christian thinkers need to engage in the “big conversations,” not just in the classroom or at church. The world is hungry for answers and for truth. As Christians, we don’t have all the answers — we’re never promised the perfect way to answer all the big questions. But what we do have is a framework through which to navigate these questions on our quest for truth. We’re taught how to love based on Jesus’ model of perfect love. Love casts out fear. A lot of times, big conversations illicit fear. When non-believers see Christians wrestling with big questions from a place of peace, they begin to be more receptive to hearing about the source of that peace.

Coram Deo taught me how to show Christ to others during this real-life conversation — something far more effective and non-confrontational than knocking on doors and passing out pamphlets. I’m not sure when the church became so impersonal and sterilized with the way it witnesses to the world. But the way we share Christ should look as much His example as possible. No commercial reinvention is needed. We don’t need to streamline the system. When I share truth, instruction on how to go about that doesn’t come from a church program or a popular evangelist. It comes from Jesus’ example.

What was your favorite aspect of the school?

A small, private school will always have strength in its autonomy. Red tape kills student ingenuity. I witnessed this first hand at other schools; sprawling rules and regulations limit student’s potential. For a while, I led an art club at CDA. Years later, I lead a similar club at a public school, and I can assure you, getting it off the ground was much more difficult. The freedom to speak up and contribute is what makes a small school strong. There’s a sense of individualism and personal voice that doesn’t reside elsewhere. Every family contributes a noticeable feel to the school experience. I urge students with that small community privilege to leverage that opportunity and not take it for granted. Have a club concept or an idea you’d like to see implemented? Speak up!

In your experience, what has been the biggest advantage of your background? Biggest pitfall?

The biggest advantage I’ve had is learning how to streamline the way I integrate the Christian worldview into non-Christian circles. I’m not apologetic in the way I profess my truth. Learning effective and non-compromising communication is essential. The world has done an excellent job in propagating the idea that the Christian worldview doesn’t belong in academic spheres. I reject this idea and think Christians need to push back against this in an intelligent way.

My biggest pitfall was falling into the habit of judging someone’s character based solely on religious affiliation (or lack thereof). God worked on me with this one very quickly and reminded me that His kingdom is not an exclusive club. Isolationist idealism isn’t scriptural. Jesus spent his time with thieves, prostitutes, and sorcerers. If that makes you uncomfortable, it’s probably time to re-read Jesus’ teachings. Christianity is not a cult.

Some of the most bitter people I’ve encountered have loudly professed Christ. Conversely, some of the kindest people I’ve met have renounced religion altogether. This is an uncomfortable reality. What I’ve been taught through this is that as Christians, we cannot write off those who are of this world. If we don’t influence them, who will? We shouldn’t be afraid of the world. Jesus wasn’t. He was the first to embrace the fallen and simultaneously point towards higher places. Unfortunately, private Christian education can lead to a non-constructive elitism if it’s not implemented correctly. It’s not us versus them. The sooner we follow the Biblical example Jesus set for us regarding this matter, the better.

What do you want your legacy to look like?

I want to be known for disarming fear — fear of the world, fear of success, fear of other’s opinions on the trajectory of one’s journey. I want that attitude to be contagious and re-centering.

We’ve all been instilled with a powerful set of gifts by our Creator, but we often allow fear to limit the way that purpose unfolds. In Matthew 25, we see the consequences of not being good stewards over what we’ve been given. We’re hardwired for purpose, we just have to act in a manner dedicated to exercising what’s been given to us. There shouldn’t be a divorce between our talents, careers, and our spirituality. Successfully utilizing personal giftings isn’t something to apologize for or run from. It should be celebrated. I’d like to empower others to realize that for themselves.

What’s next for you?

Lately, I’ve been faced with a lot of directional choices. In an effort to not pigeon-hole myself into a single career, it’s widened me out a lot. I’m at the point where I’ve got two promising opportunities, but both involve two very separate careers. One is exploring more with the branding firm I’m currently working for. I’ve had the privilege to work under exceedingly talented individuals with decades of industry experience who are setting me miles ahead. The second is an offer from Wilhelmina, one of the largest modeling agencies in the world, to create visual content.

I’m always fighting “imposter syndrome,” feelings of inadequacy that persist despite success, and opportunities like these can agitate those feelings. This is the very thing that I want to alleviate in others. Working through “imposter syndrome” in myself equips me to assist others in overcoming these feelings and help maximize their attitude for unlocking purpose.