This post is the seventeenth in Project Legacy, a series of interviews that aim to learn from leaders outside of education to influence those inside education. See our most popular posts in Project Legacy on Mayor James Brainard and Northview Pastor Steve Poe. 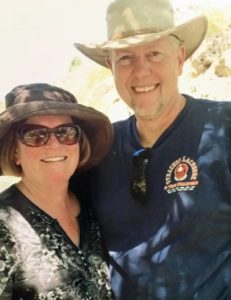 Dr. Mark Eckel teaches the next generation to exercise skill in the art of godly living as a veteran teacher-leader at IUPUI. Project Legacy started as an effort to learn from those outside of education to influence those inside of education. However, we make exceptions when an educational leader has vast experience outside of the classroom.

Dr. Eckel has demonstrated experience in nonprofit leadership as well as church ministry. He hosts a radio show, has published a number of books, and writes prolifically on all imaginable topics at warpandwoof.org. He currently serves as the President of the Comenius Institute, a Christian Study Center at IUPUI, and teaches English at IUPUI.  One main lesson for educators and parents stands out after sitting down with Dr. Eckel.

Dr. Eckel, over the past few years, has helped me to see that there is no secular-sacred divide. The secular-sacred divide sees some people, places and things as holy (of God) and others as unholy (not of God). Instead, God is a triune landlord and all of His creation says in invisible letters, “Made in Heaven.”  There is no such thing as Christian socks or secular socks, Christian money or secular money, and Christian shoes or secular shoes. The secular-sacred divide is a way of looking at life that is based upon a false dichotomy that does not exist in Scripture. The unfortunate impact of this way of thinking is that it causes well-meaning believers to separate and compartmentalize domains of their lives that should be integrated. For example, the work of a doctor, lawyer or accountant would be considered secular while the work of a pastor, missionary or seminary professor would be considered sacred.  In Matthew 28:18, Jesus says, “All authority in heaven and on earth has been given to me” which means that He is Lord over all of His creatures and creation.

Dr. Eckel is a committed participant in the Great Conversation for the purpose of the Great Commission. By the Great Conversation, I mean that he first and foremost listens to voices of the past that have influenced the present like Homer, Plato, Cicero, Aristotle, Boethius, Aquinas, Calvin, Confucius and many more.  By doing this, he stands upon the shoulders of the giants that have gone before him and in turn, can see out further. But Dr. Eckel’s greatest insights are not by reading the works of God’s image-bearers, but through reading God’s own words in Scripture. Dr. Eckel said that Classical Christian education ‘exegetes the works of Homer with the words of Jesus.”  After watching the 2020 presidential debate, it is clear that we need a generation of students that engage in dialogue, avoid logical fallacies, and show respect for those with divergent viewpoints.

Parents and educators today will need to make decisions about what and who they expose their children to as they grow. While some parents tend towards being affirming and accepting, others find it more natural to be demanding and challenging of their children. Our changing world will demand of adults to ‘learn to box before they get punched in the face.’ The leaders of this world rise up against the Lord and the way He has ordered creation.  We do not want our children to uncritically reject every person, place and thing that seems worldly nor do we desire that they thoughtlessly accept all from this age that comes at them. Dr. Eckel’s ministry shows the value of being like the sons of Issachar who, “Of the children of Issachar, men who had understanding of the times, to know what Israel ought to do.” If we want our children to make disciples of all nations and observe all that Jesus has commanded, we would be wise to adapt a redemptive, not reactionary, approach to interacting with the ideas and inventions of modern culture. Our job is to teach them and train them and tend to them so that they live Coram Deo (‘before the face of God’) in the days to come.