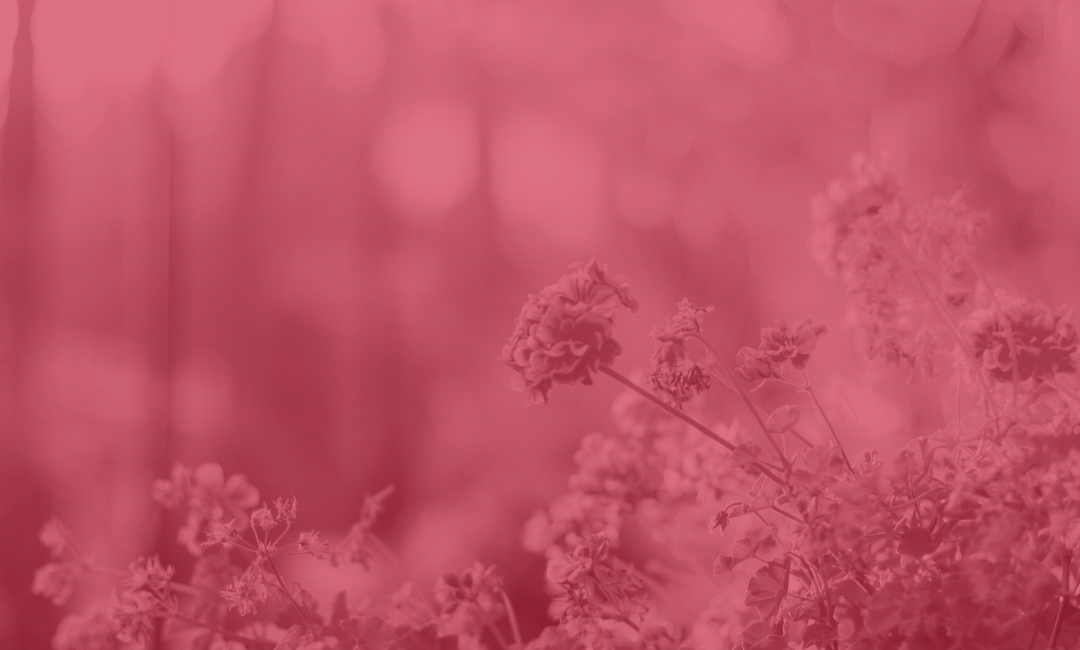 “As a leader, he’s the right type of inclusive. He’s local-church centered and exercises a wonderful godly pragmatism.”

So says pastor and author Dane Ortlund in a recent interview with Dr. Nicholas Piotrowski. As a former student and avid supporter of Dr. Piotrowski, and his leadership at the fast-growing Indianapolis Theological Seminary, I could not agree more with Ortlund’s assessment. Dr. Piotrowski’s godliness and pragmatism are two attributes that don’t always go together. 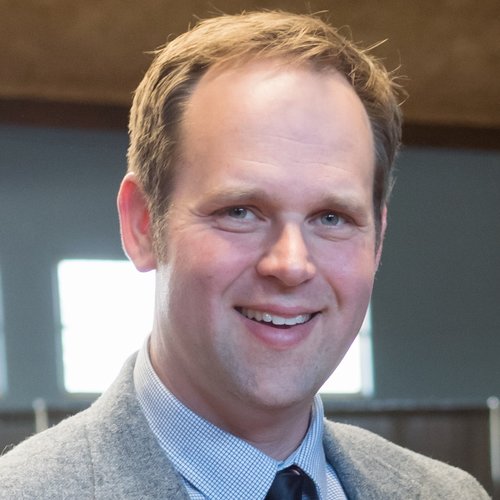 Each month I sit down with community leaders who meet three criteria: neighborliness, truth-seeking, and care for forming the next generation. As a seminary founder and president, Dr. Piotrowski fits the bill (see his extensive bio here). This is a special article for me to write, because his leadership has personally influenced me.

Consider the three lessons below as the three legs of a stool that holds up Dr. Piotrowski’s leadership: centrifugal leadership, a mission with margin, and truthful neighborliness. I also end with a final thought reflecting on one of the most powerful spiritual experiences in my life.

“Leadership ought to be centrifugal rather than centripetal. We live in a centripetal universe where everything is dependent upon the force and the heat of the sun. In fact, without the sun, we would all cease to exist. Some leadership models are like that. They depend on the center for all life. On the other hand, a centrifuge quickly rotates so that all of the substance goes from the center to the edges. I try to be centrifugal and give away leadership as much as possible to let others have a real voice. If an organization is dependent upon the force and heat of one leader, a cult of personality forms and the leader can feel threatened by the voices of others,” says, Dr. Piotrowski.

After the first two years of Project Legacy, I am realizing how important it is for today’s leaders to put truth at the center of the universe, rather than any one individual. The very name of our school, Coram Deo, means “before the face of God.” The idea is that we ought to organize our entire lives around God’s perspective and priorities as we live before His face and for His glory. Dr. Piotrowski is a leader living Coram Deo as he heads Indianapolis Theological Seminary and strengthens local churches. (In fact, in this video Dr. Piotrowski answers the question, “Tell me about your greatest achievement as a leader” by narrating his experience teaching in local churches.)

When I hear people discuss decentralized leadership strategies, it makes me nervous, because it potentially allows for conflicting agendas to emerge. However, that is only the case if you do not exercise the right type of inclusiveness, a word that’s been hijacked and removed from a theological context. As you look at the distinctives of ITS, Dr. Piotrowski and his team have been incredibly intentional and clear on who they are: Christ-centered, low cost, local, church-connected, church-uniting, academically-robust, and life-friendly. The clearer the vision, the fewer the options, the easier the decision; ITS is local so they don’t do online. ITS is low-cost so they partner with generous donors. ITS is Christ-centered so all their professors are too. ITS is church-uniting so Baptists and Presbyterians can study in class together, rather than fight on social media.

Dr. Piotrowski demonstrates a quote that I love from the book Leadership Mosaic,

We would all be wise to take a page out of Dr. Piotrowski’s leadership book and exercise centrifugal leadership focused on particular and clear distinctives.

Lesson #2 from Dr. Piotrowski: There’s no Mission without Margin

When we were discussing fundraising, Dr. Piotrowski used a phrase that I hear quite often, “There’s no mission without margin.” After some quick googling, I found that this phrase originally came from a nun, Sister Irene Kraus, who was successfully directing six hospitals. She believed charity alone was not sufficient to sustain a mission and that institutions should be financially solid. Her quote is an antidote to the common trend to deploy survivalistic cost reduction as a means for sustainability. Ultimately, organizations must resource the particular vision of the organization. In Christian organizations, we must submit ourselves to God’s calling rather than our own personal agenda.

“If you truly believe that the mission meets a real need in the community, you can be confident when gathering the resources needed to make the vision a reality. If the mission is from God, He will pay for what is needed to carry out the mission. We have said repeatedly at Indianapolis Theological Seminary, ‘let us fail if this is not your will.’ Instead of only asking how are we going to keep the lights on, we should ask if God wants us to keep the lights on.”

When listening to Dr. Piotrowski, you get the impression that he actually believes in God. This may sound silly, but in world that’s increasingly antagonistic or apathetic to transcendent truth, it is quite refreshing to see a leader grounded in Christ’s gospel, guided by the Spirit, and governed by God. Dr. Piotrowski’s vision of ITS is not limited by his current economic reality. 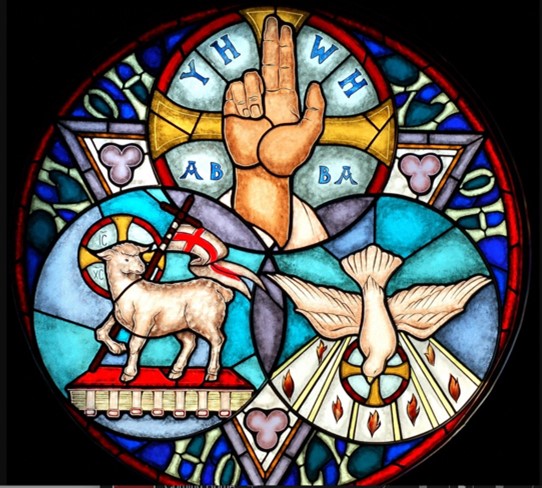 Economics is the study of how humans make decisions regarding scarce resources. From an economic perspective, there are only so many resources available. But from a theological perspective, God always ensures that those scarce resources needed to advance His kingdom become available in His timing. Indianapolis Theological Seminary is one of those kingdom-advancing institutions and has been strengthening local churches for six years by providing theological training with bonafide (a word Dr. Piotrowski uses regularly) scholars in their respective disciplines.

Lesson #3 from Dr. Piotrowski: Love your neighbor and Pursue truth

I’ve always been struck by Dr. Piotrowski’s neighborliness; he possesses a number of dogmatic convictions with a firm grip (inerrancy of Scripture, centrality of the church, Reformed Theology), yet he carries himself in a neighborly fashion. Dr. Piotrowski is also a really smart guy; his doctoral work at Wheaton culminated in his first book, Matthew’s New David at the End of Exile: A Socio-rhetorical Study of Scriptural Quotations. He has also published a resource for students studying Greek as well as resources on biblical interpretation. Neither his strong convictions nor his intellectual gifts have prevented him from treating others well.

“You can tell the greatness of a man by what makes him angry.”

Now I have yet to see Dr. Piotrowski get angry, but he strikes me as a dog that would bark if his Master was attacked. In other words, he is committed to not only pursuing truth but defending truth. But his default setting is not that of the Rottweiler ready to attack. I think one of the other characteristics of great men is how they treat people with lesser gifts. The reality is that most pastors and ministry leaders are not New Testament scholars like Dr. Piotrowski; this poses no problem for Dr. Piotrowski’s style of leadership. I have always been encouraged by how pastors drive from all around the state of Indiana to take classes at Indianapolis Theological Seminary. Many of them possess little or no theological training and are busy pastoring small rural churches. His neighborliness shows in that he treats his students no differently and takes each student seriously. Dr. Piotrowski has not been taken prey to success syndrome that pervades many ministries, but has been liberated to love and serve whosoever that comes to learn well, love well, and live well at ITS (video on Liberating Ministry from the Success Syndrome).

His neighborliness is demonstrated in his ‘Leadership Best’ video where he describes teaching within the local church. Dr. Piotrowski has not let the sizzle distract him from the steak. May the Lord continue to work in and through Dr. Piotrowski as he serves Indianapolis Theological Seminary for the glory of God.

No man is greater than his prayer life. The Christian leader who is not praying is playing. One of the most powerful experiences I have had in Christian ministry is watching the board of Indianapolis Theological Seminary pray together for their students, the affiliated churches, and that God would be glorified by their work. What made it powerful was the sincerity of the prayers, the Scripture soaking each petition, and the engagement of the 20 people in the room.  It was almost like they believed that ITS was dependent upon God and could do nothing without His activity! If Christ tarries, ITS will be one of the major instruments in the Redeemer’s hands that strengthen churches to advance the kingdom.  If you are not already, consider getting on ITS’s mailing list and/or giving a gift to the ITS Growth Campaign.