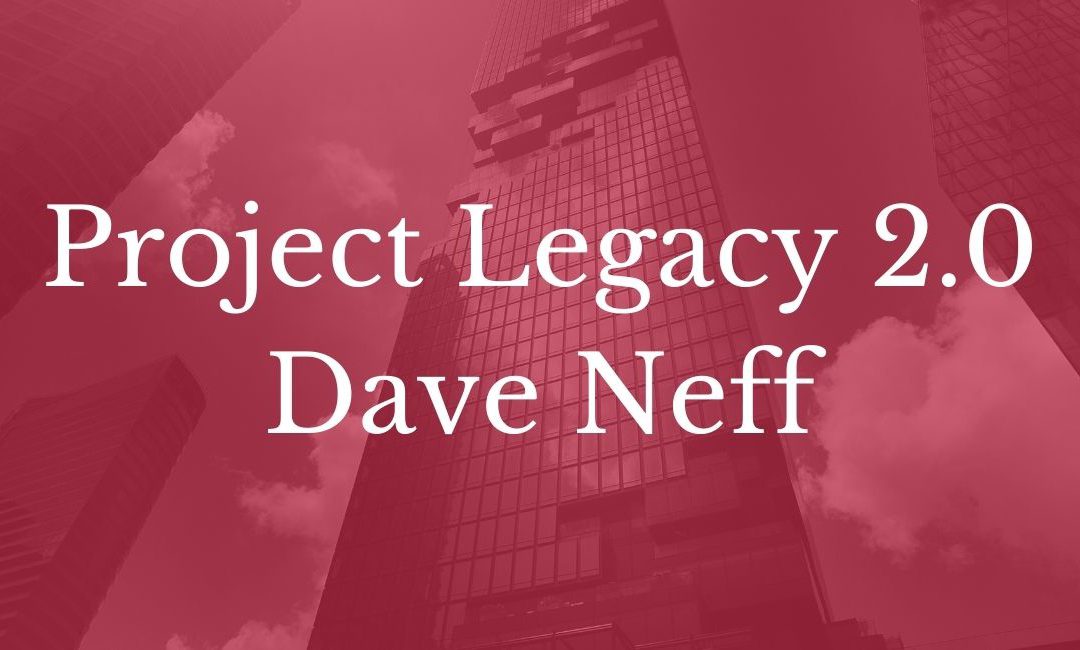 “Establishing a foundation of trust has the massive power to open up doors for deeper conversations,” said Dave Neff in our Project Legacy conversation.

Each month, I sit down with people who have established a foundation of trust with others and built wisely upon that foundation. What stands out about Dave in his life and leadership is his commitment to finding common ground to do common good. After the first two years of Project Legacy, I am realizing how important it is for today’s leaders to be able to work with people that they may disagree with on minor issues so they can progress on major issues.  I believe that this ‘people skill’ is why Dave was so successful at EDGE Mentoring.

In this video Dave answers the question, “Tell me about your greatest achievement as a leader” by narrating his experience of starting and growing EDGE Mentoring.

After successfully growing EDGE, Dave Neff is now serving as the Chief Revenue Officer for Prolific, a strategic growth and consulting firm, where he oversees all new business development, strategic partnerships and alliances.  In our interview, Dave offered two lovely perspectives on life and leadership: Seek to understand first and build the relationship second.

Perspective One: Seek to understand first

I have known Dave for almost a decade from church but this interview was the first time in a while I really ‘got under the hood’ to see what made him tick.  One quote summarized it all,

“I have an insatiable curiosity about other people. I love to line peoples’ strengths up with a neat opportunity.”

I immediately understood Dave at a much deeper level when he said this; I was able to see the underground roots that explain the above ground fruits.

He went on to say,

“This curiosity about people has to be authentic. For me, my Christian faith is what animates me to be a bridge builder and learn more about others.”

What strikes me about Dave Neff is his posture of receiving people as they are rather than who he may like them to be. Instead of trying to win an argument, Dave really tries to understand where people are coming from.

I am going to share a brief story that might ruffle feathers, but I think the eternal juice of agape love is worth the squeeze of a little bit of temporary conflict. At the beginning of 2021, Dave Neff invited me to participate in a ‘prayer call for leaders’ on Zoom with people from all over Indiana. On the call, the majority of the men present were African Americans living within the downtown limits. Although I have previously worked in more diverse environments, I now work in Carmel which is a fairly homogenous community.  I will say that I did not draw conclusions about any of the men on the call based on the hue of their skin, but I did take note that I was one of only a few caucasians in the Zoom window panes.

As we went around the virtual room and shared about what God was doing in our life and leadership, my turn came up and I decided to share how God had been faithful to my family after the passing of my son Knox in December 2019 through the love of both our church and our school. After we all shared, I was overwhelmed by the way these different men prayed for God to work in our midst and in each of our lives. I’ll admit that I became aware of differences in our theological leanings as well as our denominational backgrounds throughout the call and even our political bents as we prayed. However, I was even more aware of the earnest desire among these men to see Christ exalted in Indiana. The call was good for my heart, and I thank Dave Neff for including me.

Dave Neff is a very ecumenical leader, meaning that he is able to bring Christians from diverse theological and denominational backgrounds together. I have said this before about David Bell, but I believe that leaders in cities are often more understanding and leaders in the suburbs can be more argumentative and territorial. While Dave Neff seeks to understand first and build relationships second and then maybe engage in argument third, I am tempted to begin with the argument first! I am by no means advocating that truth is unimportant (in fact, I believe it sets you free), but rather asking leaders to consider this question, “Am I seeking to understand the other person first?”

Here’s the reality—I think Christians in the suburbs need to be a little slower to share their ideas and opinions and a little quicker to understand where others are coming from first. Dave Neff is a good model of James 1:19 which says, “let every person be quick to hear, slow to speak, slow to anger.” 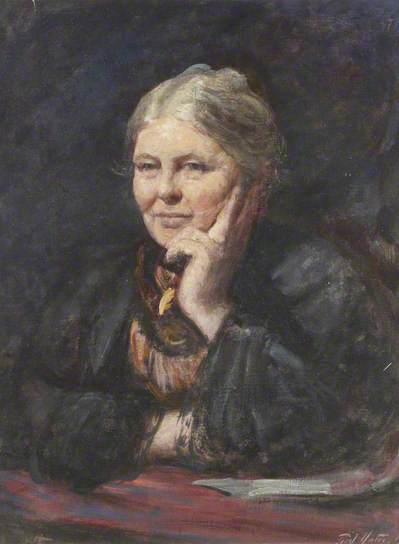 Charlotte Mason wrote, “Education is the science of relations.” She believed it was a child’s birthright to form all kinds of relationships with the various branches of knowledge. When I went through the Indiana School Leader Fellowship at the Oaks Academy, this was one of the ‘captain ideas’ of the entire program. There is a vital, inseparable relationship between three learning components: the teacher, the taught (the student), and the text (the truth).  In Mason’s educational scheme, the teacher’s job is to ensure that the student forms their own relationship with the truth’s being taught.

It was probably not Dave’s explicit goal to model the ‘teacher-taught-truth’ paradigm of Charlotte Mason, but he really does. He is deeply committed to truth and he is deeply committed to others’ growth.  At EDGE, he was able to grow the ‘whole-life intergenerational mentoring organization,’ because he was committed not only to seeking truth but seeking the growth of others.

In our conversation, I asked Dave if he was more goal oriented or people oriented and he said,

Dave’s distinction here is subtle yet significant—in many ways, Dave is a master educator because he understands the subtle relationship between ideas, leaders, and followers.

This was actually quite liberating for me to hear, because I sometimes think about intellectual pursuits as divorced from my relationship-building pursuits as if my learning needed to be separate from my living and loving. In talking with Dave, he mentioned a number of books and intellectual leaders that have influenced him and helped him grow in his relationships with others.  He incarnates the reality that ‘grace and truth grow best in the context of relationship.’

Relationships are not a detour on the way to meaningful results. Dave was named the Nonprofit Professional of the Year in 2019 by United Way of Central Indiana. He was also named to the Indianapolis Business Journal’s 2016 Forty Under 40 list recognizing rising stars in Central Indiana. Dave was also recognized as a 2013 Inspire Award Winner in the Marketing, Media & Athletics category for his commitment to mentoring in the workplace and community. The great irony is that we can elevate others’ spirits in meaningful relationships while also demonstrating impressive results.